Understanding the Bioregion as the Political Form of the 'Milieu'

The Italian territorialist school's aim is to rehabilitate the 'territory'. According to this school of thought the latter should be conceived of and dealt with as a 'work of art', that is to say, not as an inanimate, man-made object but as the product of exchanges - over the long run - between living things, human beings and Nature. The territory creates a connection between human action and its birth place, la Natura (1).

According to Hannah Arendt there are three fundamental conditions to our (human beings) existence (2). First is the organic and inorganic environment in which we live: the Earth. Its corresponding activity is labor, so as to provide for one's own subsistence, and she conceives of humanity as animal laborans. Second, are the artifacts human beings surround themselves with so as to give their presence on Earth a sense of permanency: it is the Human World. Its corresponding activity is work, and humanity is conceived of as homo faber. Last is the public space, the polis, in which individuals can build interpersonal relationships and use discourse as a way to engrave their actions within their memory. Its corresponding activity is politea, meaning joint action, and Arendt conceives of humanity as “social animal”. These three activities constitute, what Arendt calls vita activa. The political space does not solely refer to unforeseeable actions but is also concerned with memory and discourse and, by capillarity, with tradition and the conservation of the artifacts (monuments, artistic works, structural invariants).

We will be considering the 'consumption of the world' – meaning the destruction of the Earth or the subservience to material gratification – as an eminently apolitical choice. One of modernity's (understood as an apolitical action) consequences is to perpetuate the production and reproduction of the metabolism existing between human beings and nature. If the world of the artifacts is, indeed, the combination of humanity and nature, its destruction might irreversibly and unpredictably endanger humans' 'living area' and the 'milieu'.

Arendt's ecological, ante litteram, stance does not stem from specific topics she might have studied but from a reflection on the meaning of human agency. The concept of Nature will here be used in reference to birth and to its novel aspect. Therefore, what we will be discussing is the destruction of birth places, of homes constructed over the course of human beings' cultural development, of the Earth and its constitutive elements. By doing so human beings are destroying what conditions their own birth and, thus, liberty.

Novelty can, therefore, be defined as the archein of joint action. On the other hand, innovation is senseless, uniform and unpredictable, it lacks a beginning and an end, and evolves outside of human space and cosmos. Innovation actively alters Nature and its impacts cannot be controlled and impeded by political decision and action. Innovation is the imperium of employed technology, which is used to expropriate the World.

The race for innovation engenders pollution, which bring about the possibility of Nature's death – even though it is in complete contradiction with its own immortal nature.

Due to the destruction of the ecosystems and the realization of the Earth's, and our own, finitude and vulnerability, we have come to question the links that should be made between nature, techné and society, as part of the research on la voie du milieu (the middle way).

Understanding the 'milieu' as a substitute to the World

By conceiving of and dealing with the territory as a work of art, as prescribed by the Italian territorialist school, we create, as I have previously argued a connection between human action and its birth place, la Natura. According to this point of view the territory is a highly complex, living neo-ecosystem. By arguing that the territory is a living ecosystem we highlight that it is mortal by nature. Indeed, similarly to all living beings, the territory follows its own life cycle – growth, decay, death – with each life-cycle corresponding to a different civilization. Yet, by opposition to other living beings, when the territory enters a new life-cycle (re-territorialization) it occupies the same physical space. Therefore, according to Raffestin's and Berque's work, in addition to new 'territorializing' actions, remaining elements of the previous cycles may be recycled within the new one, by means of new cultural mediations.

These previous considerations have emerged due to a sense of urgency as, according to Sloterdijk, urgency preconditions the materialization of genuine thought(s). Sloterdijk's work highlights that we have to move from philosophy to biosophy (Sphères, vol. 3, Ecumes), which is exactly what he does by presenting a narrative of the human condition, within the 'milieu' most familiar to human beings: the bubble/globe/foam house.

The 'sphere' is the chief anthropological concept associated with human condition. Multiple characters: topological, immunological, anthropological, semiological, articulate to form this concept. 'Spherology' understood as a theory of immune systems, enables us to digress to consider human history as the now terminated history of the re-appropriation of the uterine sphere, in its intimate, egg-shaped, pre-subjective dimension.

By making a move from the subjugation of the individual dimension to a sphere of global dimension we come to the “end of history” (Francis Fukuyama), understood as the inability of the decaying bubble to further expand; as a consequence of the communication revolution a fragile foam fills the spaces in between the monuments of modernity.

Outlying Sloterdijk's argument is important because it highlights the fact that the human condition is not natural. He writes about the techno-genesis of the human condition, which he believes, is a highly complex and hybrid product, part of a similarly complex world-system. No simplifications – common to binary logic or pure ontology – may account for this high complexity.

'Anthropotechnic' (which can also be understood as the art of cultivating beings) is one of the key concepts necessary to grasp how pre-humans have established the 'garden-conditions' to becoming who they are, within their 'garden-institutions', 'garden-insurances', 'garden-languages'. These conditions are onto-anthropological. The 'milieu', a.k.a umwelt, delineates the action's scope of influence. The force which links social meta-biology to the molecular form creates this 'milieu'. Now is the moment for me to introduce a 'poétique médiale' (medium poetic) of existence. The sphere's subtle walls, its psychologically-reflecting, architecturally air-conditioned, ontologically unveiled or explicit membranes are the instruments which, not only enable human beings to subsist as a specie, but also which make the latter beings of the 'milieu' or beings of technic.

To sum up, the 'milieu' does not exist in and of itself as human existence cannot be abstracted from it. The 'milieu' both structures the reality of human beings and is structured by the latter. Therefore, we cannot approach the 'milieu' as a sheer object of study as our subjectivity inevitably obstructs our judgment. There is, so to speak, co-elicitation between the 'milieu' and the human beings which inhabit the latter, this is a structural moment for human existence, which raises a logical problem: how can we reconcile diverse (non-exclusive) logics in a 'meso-logic'. The concept of bioregion, if thought of in conjunction with an epistemology of the 'milieu', may be of help in the search for answers. We can, thus, refer to Nature as the ecumen, to tectonics as the 'milieu' of knowledge and to society as the cultural 'milieu'.The bioregion would therefore be the political form of the 'milieu', constructed from the resiliences and resources of the 'milieu', their potential and life intensity.

"The idea of the Middle Way is foundational to Buddhism. If we think of this in relation to the concept of nyaya (cf. Amartya Sen : nata, ethics and nyaya, jurisprudence), it indicates a constant and conscientious attention to the impact of one's actions on others, with the question of human happiness or misery serving as the overarching criterion". Daisaku Ikeda, Peace proposal, 2017.

Understanding the bioregion as a political entity

We can consider the bioregion as the minimum breakdown of the public arena, in which the essence of what it is to be human (that can only be realized, according to Arendt, “by someone that has projected his/her life and being into the public domain”) is taking part in a network of inter-human and sub-political relations (3).

As defined by Magnaghi's Italian territorialist school and his research group at the University of Firenze, an urban bioregion is (also) the space in which active political thinking takes place. The concept of urban bioregion(s) enabled the conception and development of new ways to collectively manage territory and, by way of regional landscape plans, highlight its systemic, ecologic and landscape-related invariances (for examples see Toscana and Apulia). Moreover, this concept also created a basis for the defense of residues left from thousands of years old ecosystem equilibriums. The work is not only about coming up with new legislative tools or properly enforcing those pre-existing, but it demands long-term commitment so as to create relationships of trust with the inhabitants and co-construct, with the latter, a 'local identity'. It, therefore, requires total immersion within the concerned territories, ignoring classical representations of the territory that confine the latter to a mere sub-administrative system.

“The urban bioregion is the appropriate concept to use in order to be in position to deal - in an integrated manner - with the economical (local territorial system), political (self-government), environmental (territorial ecosystem) domains as well as that related to the action of “inhabiting” (functional and living spaces as part of cities and villages) of the socio-territorial system. This system nurtures an equilibrium of co-evolution between human settlement and its surrounding environment, thereby reestablishing the long-term relations between cities and the rural world with the aim of achieving territorial equity” (4).

Some territorialist scholars argue that we have been and are witness to “the genocide of the rural world” (5) as a result of two centuries of industrial urban planning that favored the development and growth of cities, and made the 'core-periphery' model its golden rule. The network of small towns, characteristic of territories which have organized themselves as States at a late stage in their history, were threatened by the 'metropolitan model' 's dissemination (which favors regional ranking).

To this “metropolitan topophagy” (6) Magnaghi pits a model based on local self-sustainable development. He bases himself on Newman's and Kenworthy's (1998) foundational work on the emergence of a new model of urban planning aimed at reducing care dependency.

Technic has enabled us to domesticate territories, yet, we need to reorganize the latter and our knowledge within a science of the habitat that can, based on endogenous (and indigenous) and eco-centered forms of planning and organization, enable buon governo.

Although we aren't yet quite sure what will come out of it, Arendt highlight the crucial role of trust: “Embarking upon this adventure is possible if and only if people trust eachother. This type of trust is difficult to formulate but fundamental: we need to trust in our shared humanity. Without this trust, this adventure is not feasible” (7). 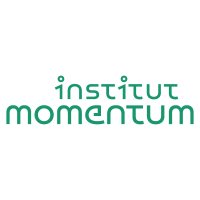